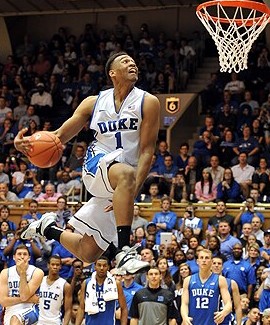 Jabari Parker was the first freshmen to start on the Simeon High School Varsity Team in school history.  He helped Simeon win the state championship his freshmen year and averaged 19 ppg. Jabari’s success continued during his high school career leading Simeon to four state titles.  He was All-State and a Prep All-American.  In 2012 and 2013 Jabari was Mr. Illinois Basketball. Parker was named the National Gatorade Player of the Year his senior year and a McDonald’s Prep All-American.

Jabri went on to play at Duke University for one year where he averaged 19 ppg. and led Duke in rebounding. He earned All-ACC honors his freshmen season. Parker entered the NBA draft in 2014 and was picked second by the Milwaukee Bucks. 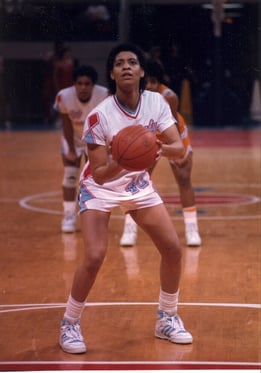 Peoria has produced many terrific basketball players and one of them is Nora Lewis.  A fierce competitor, Nora was one of the best at going to the offensive boards and defensively few could match her versatility or intensity.  Nora was a great teammate and her presence on the court made her court mates better.  She played at Peoria Richwoods High School where she was a “rock star”.  Lewis led Richwoods to a 119-5 record in four years, scoring 3,314 points which was the state record at that time.  Nora was the first girls’ player in Illinois to be named All-State all four years and was on every high school All-American Team.  During Nora’s four years at Peoria Richwoods, they reached the Final Four three times and won the state title in 1983.  Lewis went on to play at Louisiana Tech. and was a key component in reaching the 1987 and 1988 NCAA Title games winning it all in 1988.  Nora ended her career at Louisiana Tech.  with 1.760 points and 1,071 rebounds.  She also earned Kodak All-American honors in 1989. With Nora Lewis it was always a team-first attitude and never about her.