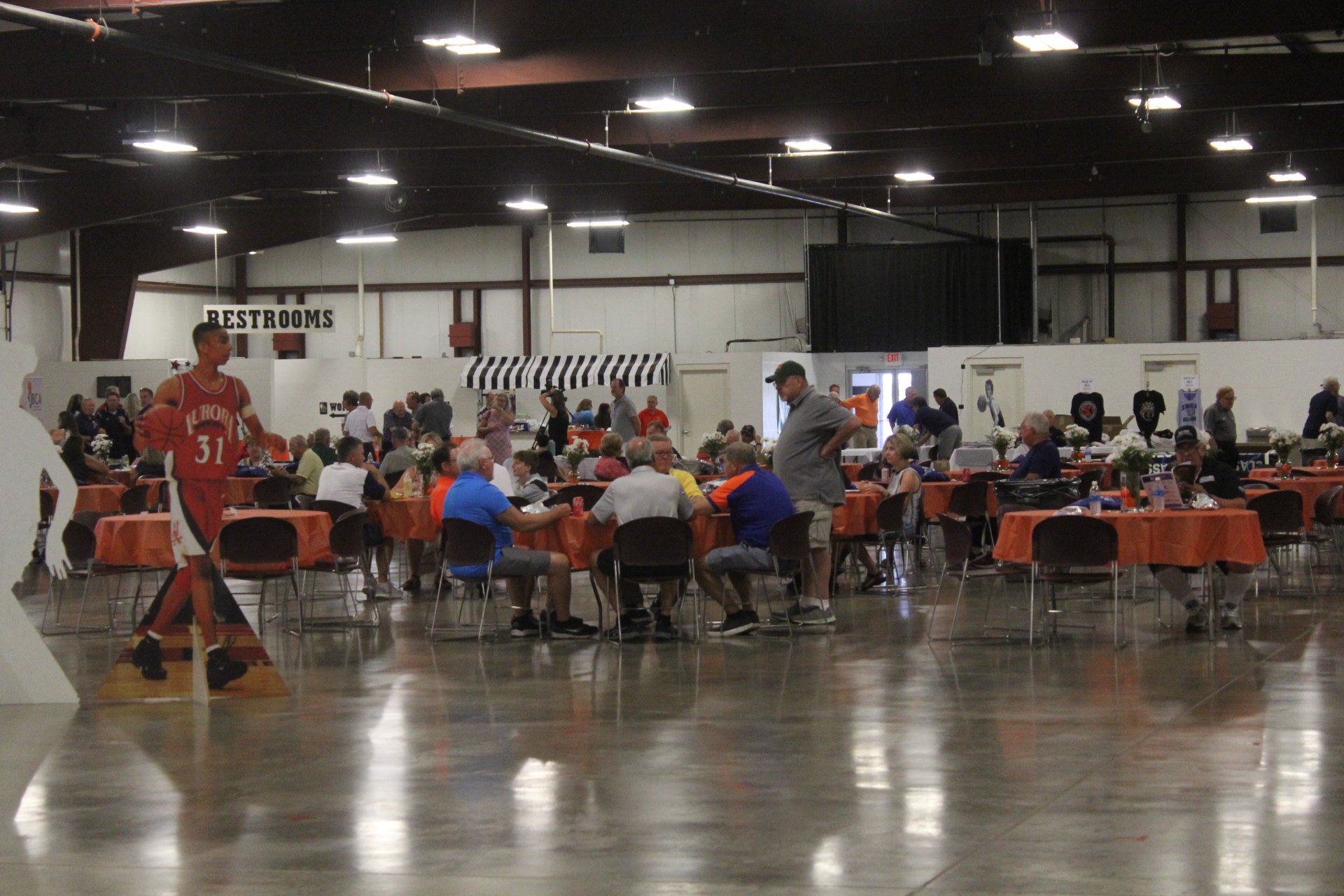 A very nice crowd of Hall of Famers and basketball fans were treated to a very special event at the McLean County Fairgrounds in Bloomington on Saturday, July 9. Each attendee received a gift bag containing a 50th Anniversary Historical booklet, a Chuck Rolinski commemorative coin, and a refrigerator magnet from the Basketball Museum of Illinois along with other cool items.

Executive Director and Hall of Fame Coach Jim Tracy expressed his gratitude to the original IBCA Board of Directors – 3 of whom were in attendance: Lee Cabutti of Champaign Central, Dave Shannahan of Belleville West, and Steve Goers of Rockford Boylan. Jim’s speech also centered on our “Founding Father” Chuck Rolinski.

The 2022 Ron and Rich Herrin Award recipient, Hall of Fame Coach Carol Plodzien was the key-note speaker. Carol replicated her HOF Banquet speech illustrating the struggles and victories of Title IX which was also celebrated during the event.

But the best part of the day was a great collection of memorabilia from our museum as well as borrowed items from throughout the state. Trophies, photos, jerseys, game balls, lettermen jackets, mascots – including ISU’s Reggie Redbird in person – and other historical items filled the Expo Center.

Many old friendships were renewed and many new ones began.  CLICK HERE to view and download pictures from the event. Everyone had a great day celebrating the 50th Anniversary of the Illinois Basketball Coaches Association! 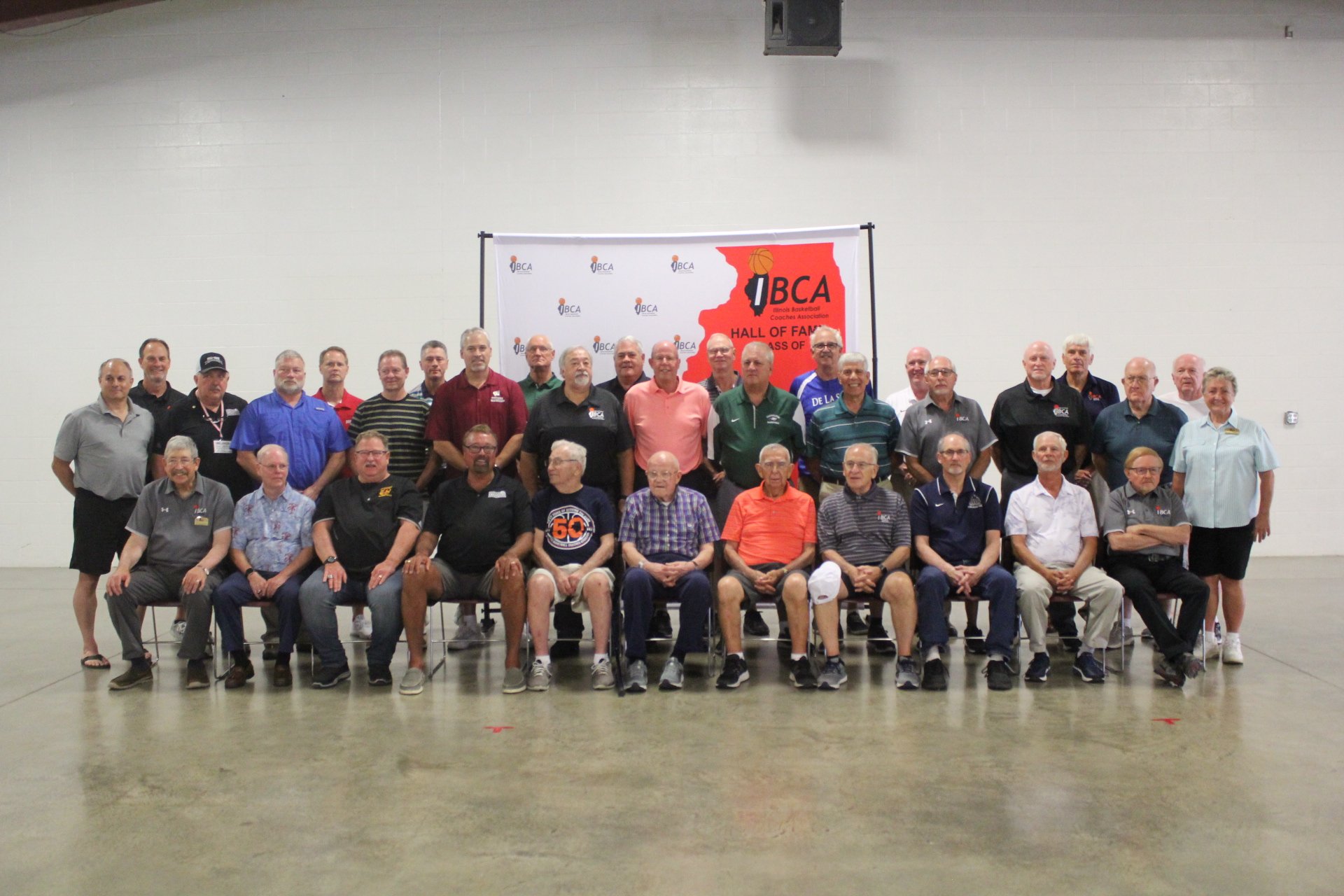 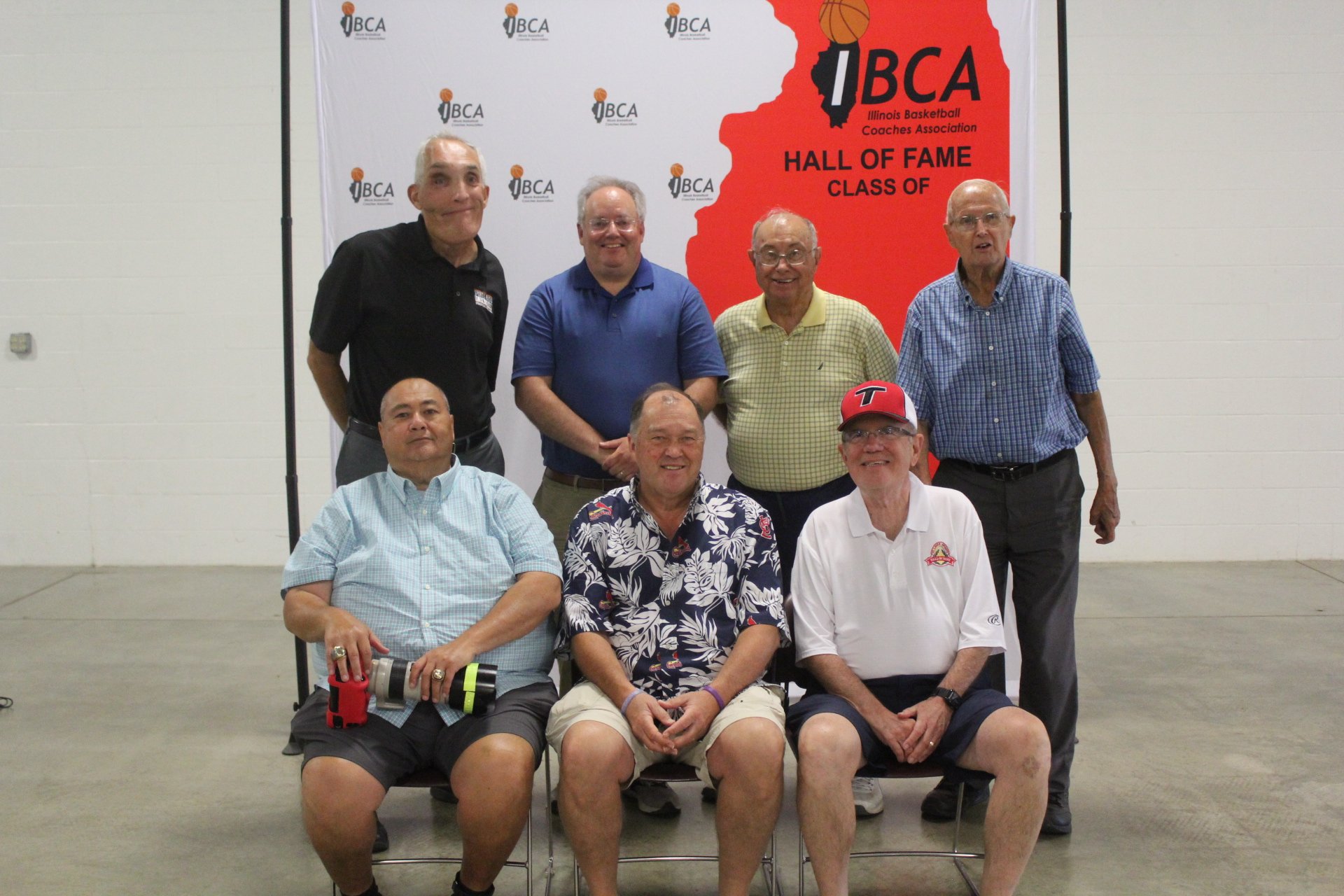 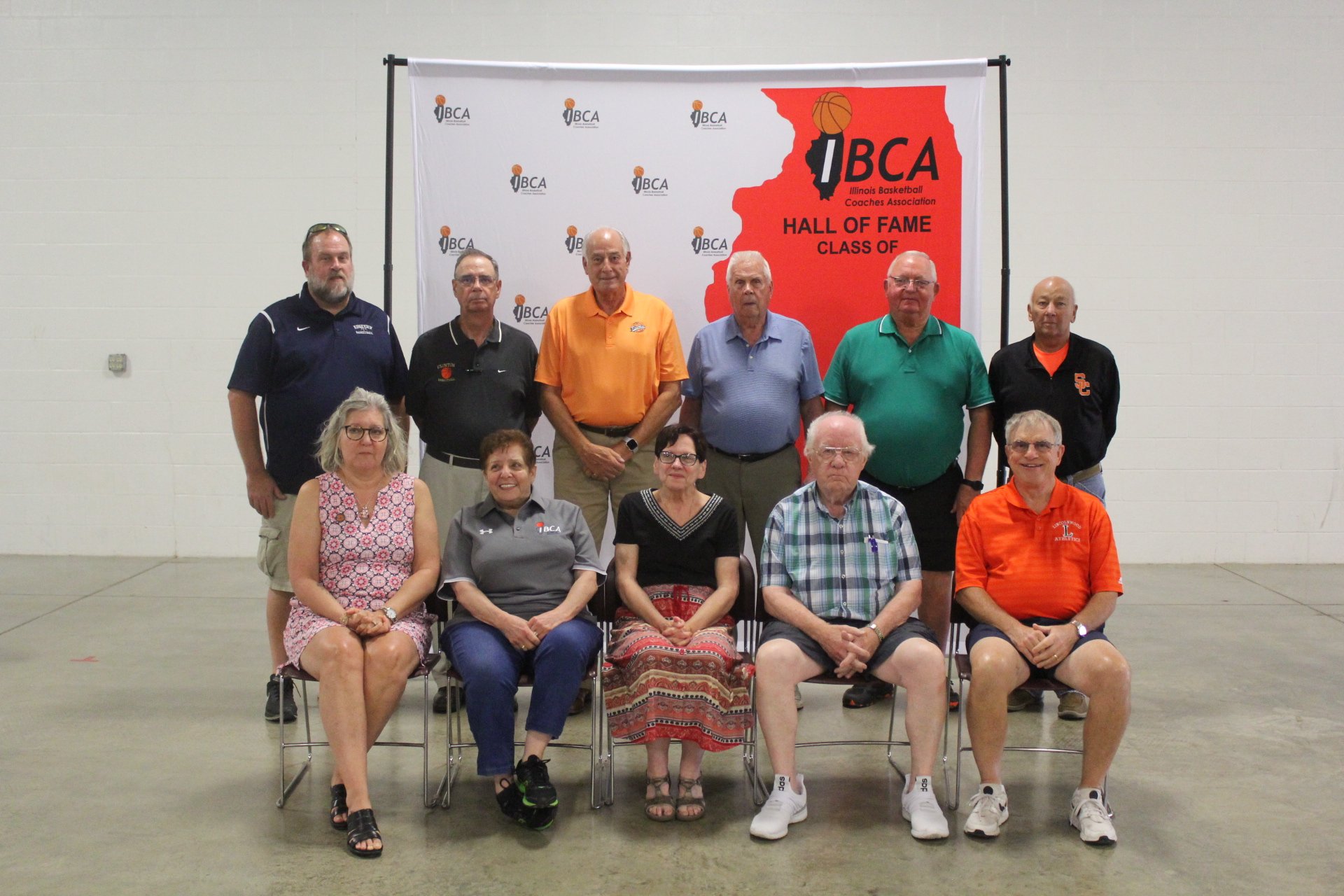 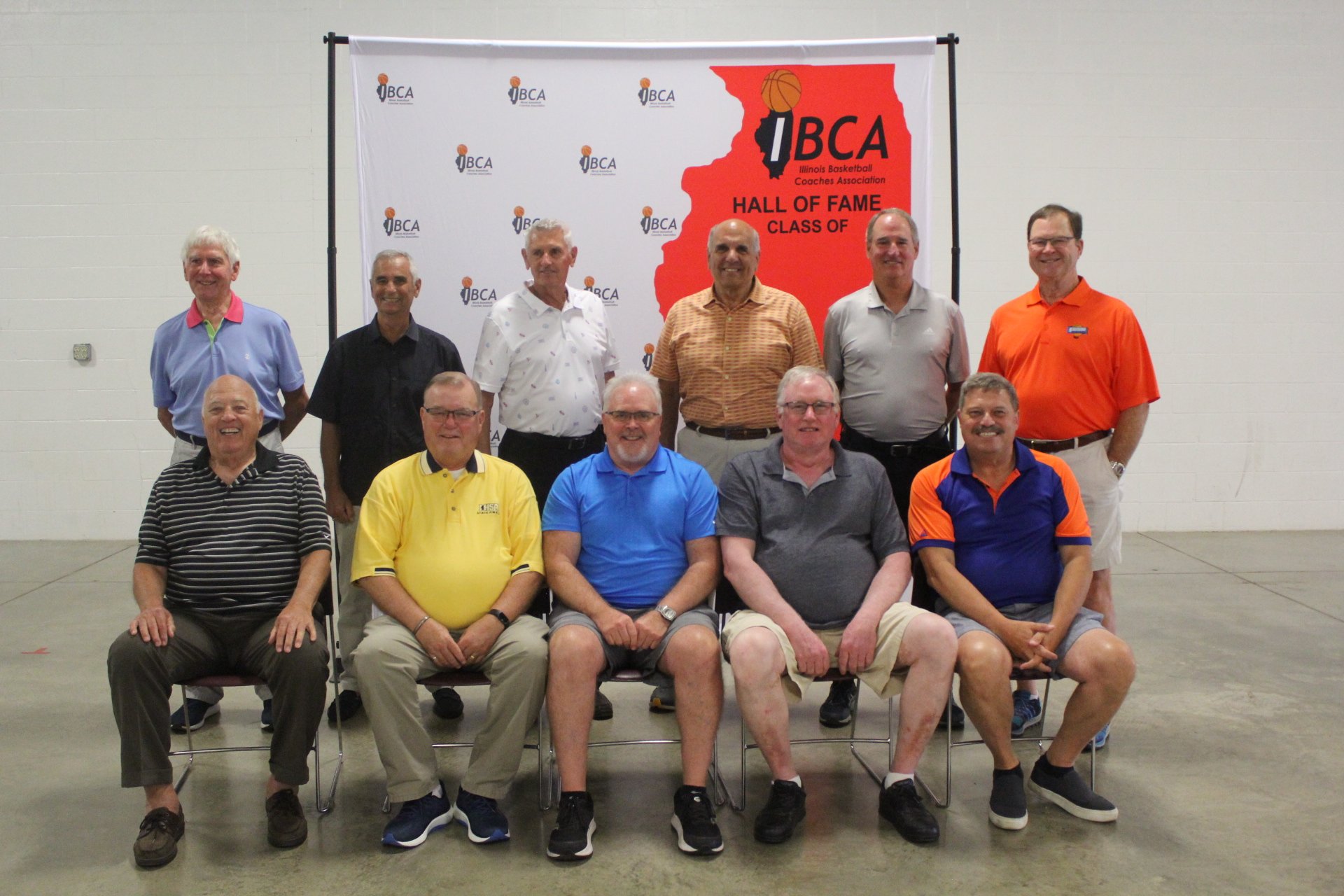 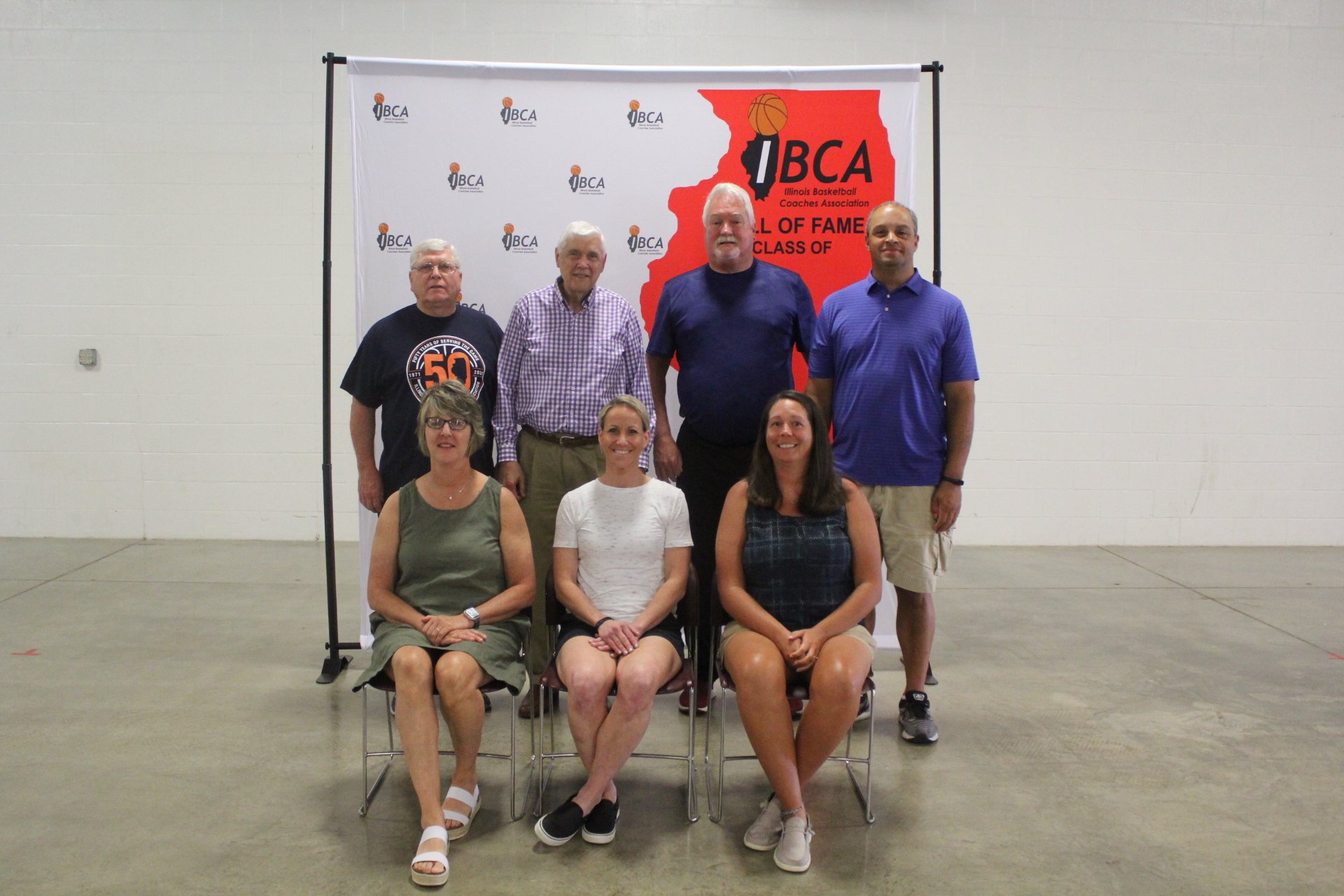 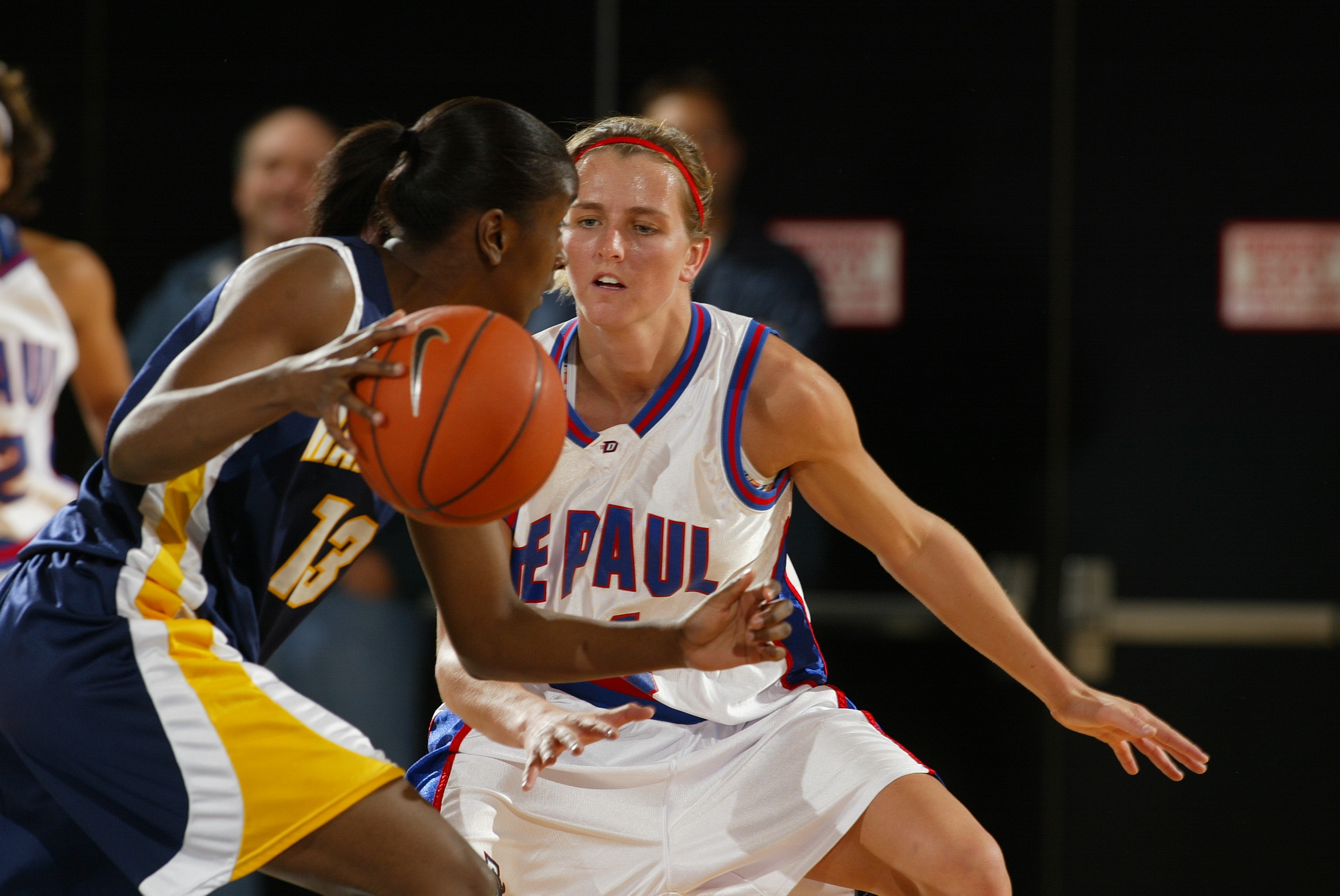 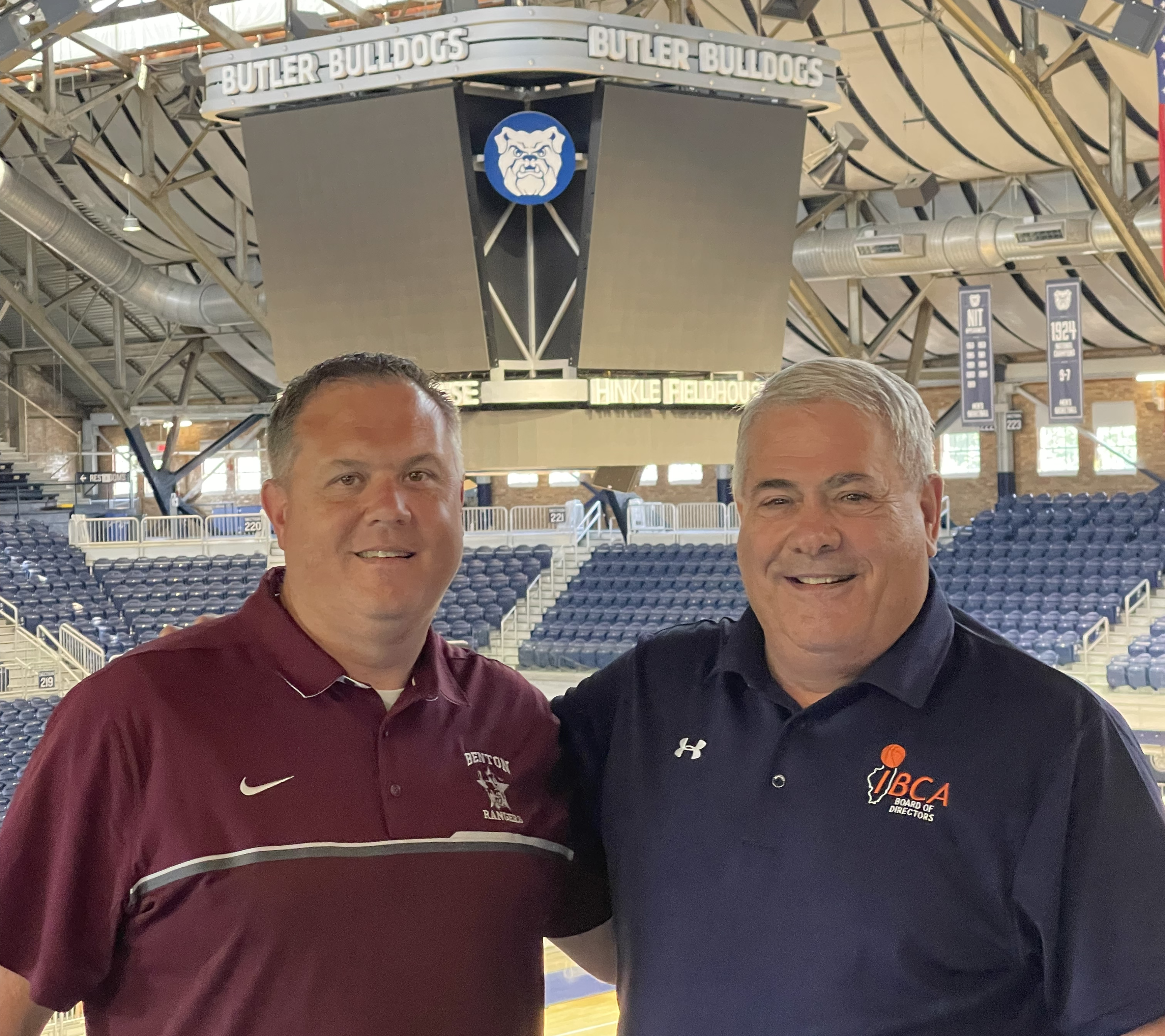